Signs that your Thai girlfriend is cheating on you

If you are being cheated on, then discovering that this is the case can prove to be very difficult in many cases, and even more so if you are not living in the same country as your partner. If your partner is running a Thai girlfriend scam then the odds of catching her out will be even lower, as professional romance scammers are excellent at concealing their true activities.

However, there are some small signs which you can look for that might indicate your partner is being unfaithful. We have put together the following signs that your Thai girlfriend is cheating on you.

1. Her social media accounts are filled with foreign guys

If your Thai girlfriend's social media accounts are filled with foreign guys, this is a strong indication that she might be cheating on you. If her photos are receiving many likes and comments from other men, this shows that other guys are interested in her and perhaps have more involvement with her than you might think.

A normal Thai lady will typically not have many foreign men as friends on her social media accounts – if your Thai girlfriend does, then you should question why that is. Is she meeting with a lot of foreign men at work? Did you meet her through online dating and if so, is she still using online dating to find more guys?

In order for the Thai girlfriend scam to work, ladies will often create multiple different Facebook accounts. This allows them to have one account for close family members, and other accounts for foreign boyfriends. Ladies that are well versed in the Thai girlfriend scam will often use separate Facebook accounts for each boyfriend; doing this allows each boyfriend to be listed as "in a relationship" with her, and prevents them from seeing comments left by each other.

Of course, if your Thai girlfriend does have multiple accounts, then you might not know this is the case, as the lady will aim to keep them hidden from you. A common trick for ladies with multiple Facebook accounts is to block her boyfriend on all her other hidden accounts which are used for other boyfriends. Blocking the man's account means that all of her secret profiles will remain hidden to him.

3. She doesn't answer the phone when you call

If your girlfriend doesn't answer the phone when you call her, this could be an indication that she is around another man and doesn't want him to hear your conversation with her. If she immediately sends you a message after you have tried to call her, or calls you back for a very brief conversation, these could also act as warning signs that your Thai girlfriend is cheating on you.

Ladies that are spending time with other guys have been known to make phone calls from the balcony or bathroom of their lover's hotel room. Other times they might make an excuse to visit the nearest convenience store and make a call to their overseas boyfriend at the same time.

4. She is always out drinking

Drinking is accepted in Thai culture, but in moderation. If your girlfriend is out drinking with friends, at clubs and bars on a regular basis, this is a strong indication that she might be cheating on you. 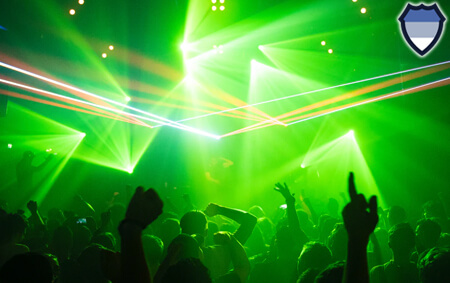 In areas such as Bangkok, Pattaya or Phuket, many women freelance at bars and clubs… That is to say that they visit clubs (or bars) in the evening with the goal of meeting customers there. If your girlfriend is regularly drinking in bars and clubs, ask yourself why that is.

5. Her relationship status is "single" on social media

If a Thai lady is truly committed to one partner, then she should have no issues with changing her relationship status to "in a relationship with Your Name", and sharing photos of her boyfriend throughout her social media accounts.

If a Thai lady is practicing point number 2, then this point might be null and void.

6. She doesn't have a regular job

Not working in a regular, stable job could act as a warning sign that she might be earning money through her relationships, or in the red-light areas.

Over the years we have seen many cases where ladies were falsely claiming to have regular jobs in cafés, restaurants, coffee shops, banks, real estate, the list goes on. When we have been asked to step in and check ladys' occupations, it often transpires that they are not working where they claim to be at all. Women that decide to lie about their jobs will often make their stories convincing by taking photos in the alleged workplace, or posing for photos wearing borrowed work uniform in many cases.

7. She constantly asks you for money

If your Thai girlfriend is constantly coming up with excuses to ask you for money, then perhaps she views you as more of an ATM machine than as a boyfriend.

Of course, if your Thai girlfriend does not earn much money, then you might decide to support her with an allowance or by sending regular gifts… If this is happening in your case, then you should question whether her primary motivation for your relationship is money. If it is then the odds that she will cheat on you are significantly higher.

8. She hides her phone while you are together

Is your girlfriend very guarded around her phone? Does she hide her phone screen when you are together and not let you borrow her device? This should act as a warning sign that she might be speaking with other men and doesn't want you to catch on.

Think about it for a moment, if a lady has nothing to hide, then why would she closely guard her phone screen? There is no real excuse for this, and if she is speaking to her friends in the Thai language then you probably will not be able to understand her messages anyway.

If your girlfriend often leaves you to make phone calls in private whilst you are together then this is another warning sign. After all, if you don't speak Thai then you will not be able to understand her conversations – unless she is speaking in English with other men.

9. She is living above her means

What type of lifestyle does your girlfriend lead and how much money does she earn? Does she often post photos of expensive meals on Instagram? Is her body adorned with gold jewellery? Is she living in a high-end condominium or house? How much is she paying in rent?

If your girlfriend won't say the words "I love you" while on the phone, then you should question why that is. After all, these words will only be understood by another English speaker, as only 20-30% of Thai people are able to speak English, who is she worried about overhearing the conversation? Is she embarrassed to say that she loves you, or worried that someone might overhear her? Both options should form a cause for concern.

11. She has tattoos and smokes cigarettes

If your Thai girlfriend has tattoos and smokes cigarettes, these are definite signs that she might be involved in the Thai nightlife scene, and will be more likely to cheat on you. 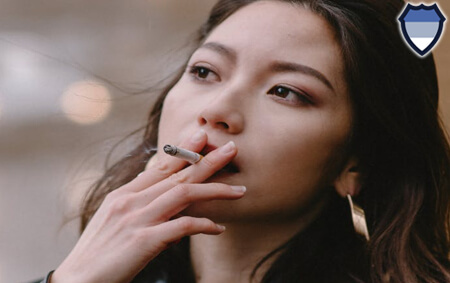 Most women in Thailand do not smoke cigarettes, and the ones that do tend to be found in beer bars, karaoke bars, and other seedy venues. While attitudes towards tattoos in Thailand are slowly shifting, they can act as another signal that your girlfriend might have worked in the Thai nightlife or "adult entertainment" scene.

If you are having concerns that your Thai girlfriend might be cheating on you, then we can help to investigate her lifestyle and let you know whether or not this is the case. We offer free, confidential quotes for all work. Please feel free to get in touch with one of our experienced team members for help and advice. In order for us to assess your situation and provide a quote, we will need to know which area in Thailand your girlfriend lives, whether she is employed, and any other background information that could help us to understand your situation.

Learn more about Bangkok Investigators at our homepage.