Signs that she is not a good Thai girl

There is no single guide or article that can truly determine whether or not someone is a ‘good girl’, all people are unique and circumstances can vary. However there are certain warning signs and red flags that you can look for in your Thai girlfriend which might give clues that she is not a 'good girl’. We will explore some of those undesirable traits in this article. 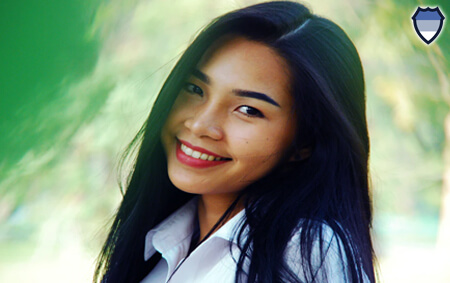 If your Thai girlfriend works in a bar (or has done in the past), this is the biggest possible red flag that she is not a good girl. Most of the bar girls that we investigate are found to be cheating on their partners. No matter what she tells you or how you think she’s different to the others, if your girlfriend works in a bar then she is probably cheating on you. Women that have been in this profession for any length of time learn to tell convincing lies and tales which mean that their boyfriends never realize they are still sleeping with other men. They hone their skills and become expert liars… We are experts at exposing these lies and finding the truth for our clients.

Approximately 2% of females in Thailand smoke cigarettes. Outside of the adult entertainment industry you will likely struggle to find women that smoke. Females smoking cigarettes is generally frowned on in Thai culture outside of the sex industry and is definitely a sign that she might not be a good girl.

Although with the growing influence of Western culture the attitude towards tattoos in Thailand is gradually shifting, tattoos on women still have an association with the sex industry which is why we have included this as a red flag to look for in your girlfriend. Next time you’re in Thailand, try to find a lady working a ‘normal’ job that has a visible tattoo – you might struggle. Many people use tattoos on Thai women as a signal that the lady has previously been involved in the sex industry.

Why does someone need multiple Facebook profiles? Why does anyone need more than one phone number or more than one phone? We have seen many cases where women involved with romance scams setup multiple Facebook pages. For example, “Pin” has a Facebook page which is filled with photos of herself and her boyfriend from Europe. There are many photos showing the two of them together, she is set to “in a relationship” with this boyfriend. Pin’s other Facebook profile is dedicated to her boyfriend from the USA. Again, there are many photos of the happy couple and she is “in a relationship” with him.

Romance scams often involve multiple Facebook profiles (or other social media accounts). If the couple split up then the lady will delete all photos from the account ready for it to be reused for a different boyfriend. In other cases the lady will have one Facebook page which is dedicated to her close family and friends, another profile will be dedicated to her foreign boyfriend. This allows her to hide the boyfriend from her family whilst satisfying her boyfriend’s need to have the relationship showcased on social media… This is a sign that maybe your girlfriend doesn’t take your relationship very seriously – or perhaps she is involved with so many different men that it’s easier to hide the relationships from her parents and close friends.

5. She is always talking about money

Wages in Thailand are typically much lower than in the Western world and if you are in a committed relationship with a Thai woman then it only makes sense that you help her out with cash if she is struggling to support herself. However, there is a difference between helping someone out and being taken for a ride. Many people might say that a “good Thai girl” will have a career that allows her to support herself and her family, and while this might be the case, there are certainly a lot of single ladies that are struggling to support themselves and looking for a farang boyfriend to help them out.

6. She says that all Thai men are bad

7. Her English is too good

Public schools in Thailand are not great at teaching English to their students. Most Thai people that you speak with will have learned English using two different methods. Firstly there are university educated Thais that learn to speak English at a good level, if your girlfriend falls into this category then this is generally a good sign (as long as she’s telling the truth and not a “fake university student”!).

8. She is constantly drinking alcohol

As in most societies, alcohol consumption in Thailand is acceptable in moderation. The key word here is “moderation”. That means on special occasions, for celebrations, or cracking open a bottle of beer to enjoy with your meal on a Friday night. “Moderation” does not extend to sitting on a bar stool most nights, or dancing in nightclubs and getting sloppy drunk on a regular basis.

Having an unhealthy relationship with alcohol would act as a red flag for anyone in any country of the world, and this is especially true in Thailand. Just as people that live in Las Vegas generally do not sit in casinos every night gambling, most Thai people that live in tourist geared party areas of the country such as Pattaya or Phuket generally don’t find it acceptable to drink themselves into a stupor every evening.

9. She has no visible means of income

It is surprisingly often that we are contacted by men who tell us that “My girlfriend doesn’t work but she visits the club most nights with her friends”. If this is the case then the writing is on the wall. Your girlfriend is simply a freelancer and meeting men at nightclubs, freelance friendly bars, or similar venues. How else is it possible for someone to survive in a city that has a high cost of living with no visible means of income?

We see other cases where women are receiving money from a different boyfriend which allows them to live a comfortable life in the city. They don’t work and have no need for money. During their free time they might meet other men (sometimes younger and more attractive than the supporting boyfriend) – and because they’re already receiving support they don’t need to ask for more cash. Many of these ladies realize that asking their boyfriend for money is seen as a red flag… Instead they might try to establish a strong relationship with the man over a number of months or years; eventually he will be able to help out with money as well. The result of this is multiple different boyfriends sending cash on a regular or sporadic basis; this would be regarded as a win by many unscrupulous Thai women.

“None of these points apply to my girlfriend! She’s a good girl!”

Well… not quite. While there are certain traits that can signal your girlfriend might not be a good girl, these don’t always apply. In fact, professional scammers know exactly the things to say and do in order to win over the trust of their foreign boyfriends. For example, many of these ladies are well aware that asking for money is seen as a red flag by foreign men. As a consequence they will never ask for money. They might take their boyfriend to pray in the temple... They might introduce family members to help gain the man’s trust. There are countless tactics that can be used to win over a foreign guy that is already falling for them. Professional fraudsters are just that, professionals. They become extremely convincing and often the only way to uncover the truth is by getting in touch with us and starting an investigation.

We are able to check your Thai girlfriend and discover many different facts relating to her. We are a leading supplier of background checks in Thailand, we also offer personal surveillance and our decoy service which are excellent tools for checking your girlfriend and finding out whether or not she is truly a "good girl". 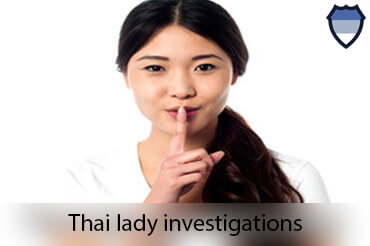 Learn more about Bangkok Investigators at our homepage.